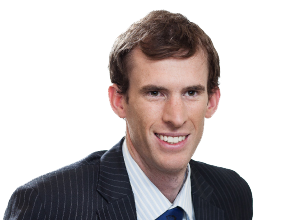 Big Investor (BI): We love what you’ve done. We want to invest. How does US$10-million sound to begin with?

Startup Developer (SD): Thanks. That sounds reasonable (*mental backflip*). We look forward to working with you.

BI:        Before we go into the nitty-gritties, do you have any protection?

SD:      Absolutely. We have CCTV and an alarm system. We also do live backups… in the cloud!

BI:        I mean how do you plan on preventing or delaying competition? (*awkward silence*)

SD:      Well, we’ve been developing this software for over three years. It will take anyone else just as long to get to where we are.

BI:        Really? Do you think it will take Google employees that long to replicate your software?

SD:      Well maybe not three years… but you have to appreciate that our software is very clever.

BI:        And Google hires stupid people? So what you are saying is that you have spent the last three years developing this amazing, unique software and have not spent a dollar on protection? (*mic/investment drop*)

The above scenario has played out in many a boardroom around the world and continues to play out daily. Preventing or delaying competition is not the only reason for protecting your intellectual property (IP) assets though. No matter what your exit strategy, or whether you even have one, the protection of IP and an appropriate IP strategy should be conscious, pro-active discussions that all startups have at a very early stage.

One effective way of protecting new technology is by way of a patent. While not all technologies are patentable, the rumour that inventions that rely on software for their operation cannot be patented is the stuff of fables. If you are not considering patents for your software-driven business you may quite simply be missing the boat.

But patents are not only effective in preventing others from making, using or selling your patented technology. In fact, the following may be far more beneficial to your South African-based software startup:

Investors like patents. They clearly indicate ownership of intellectual property (IP), meaning that it is evident to potential investors what technology your startup actually owns. Patents are easily identifiable and demonstrate some degree of differentiation from the status quo – they can also be indicators of innovation. A patent, unlike know-how, is something that remains behind when a key-man leaves, meaning that investors get to invest in something more tangible than talent. Patents also give potential investors at least some level of comfort that the technology they are investing in could be monopolised. A potential investor will be less inclined to invest in your technology if there is no possibility of preventing or at least deterring competition once you hit the market. You also do not have to break the bank to get patent protection. One pending or provisional patent application with some outstanding international patent rights may be all you need to satisfy the investors.

Patents can be used to protect your startup against claims of patent infringement from others. Having its own patents to hand would naturally strengthen your startup’s position at the negotiating table and, when faced with an allegation of patent infringement, cross-licencing or counter-suing are options which may encourage the patent assertor to back down. This is particularly relevant for startups planning on launching in the United States, a market well known for its assertive patentees and less savoury operators like patent trolls.

Not only can startups use their own patents to fend off allegations of patent infringement by third parties, they can also be used to assure their clients that the technology they are licencing is properly owned. For example in his book Cash in, cash out, Fundamo founder Hannes van Rensberg mentions their defensive IP strategy: Fundamo “lodged many patents and managed [their] patent portfolio actively, not so that they could sue for royalties, but to assure their clients that what they licensed from [Fundamo] was actually [theirs].”

Patented technology can be licenced. This is particularly beneficial for technology which no longer aligns with a startup’s direction. By allowing others to develop and sell the technology, your startup can still generate revenue and the research and development invested in building the technology is not wasted. As big-league examples, IBM has been reported to generate about US$1-billion dollars in revenue every year through out-licensing their own patents and other intellectual property and in its heyday Microsoft was making about US$2-billion dollars by licencing patents used in Android-based phones.

Last but not least: the 20 year monopoly. Even if you have no intention of suing, others (without knowing this) will think twice about encroaching once aware of your patents. In some cases a simple letter is effective in deterring or just delaying would-be competitors from eating your lunch. After all, if you were still early in the development process and received such a letter, would you not rather change your development tact than risk involvement in a patent infringement suit?

Patents play an important role in protecting innovative and technical advances in the software realm and should not be left at the very bottom of your to-do list.