Since 1983 three of the major IP Offices – the United States Patent and Trademark Office (USPTO), the European Patent Office (EPO) and the Japanese Patent Office (JPO) – cooperated on harmonisation and matters of mutual interest. In 2008 this group was expanded when the patent offices from Korea (KIPO) and China (SIPO) joined to form the IP5.

Currently each of the IP5 Offices conducts its own prior art searches and then does a full examination on each patent application of a particular patent family. While there is no intention to remove the autonomy of each of the IP5 offices to grant or reject patents there is a desire to share information, including search results and the examination history on a particular patent family.

In 2013 the IP5 announced the development of the Global Dossier. This will be developed in a number of stages.

The first step will be to share search and examination information amongst the IP5 Offices. This will entail that an examiner in, for example, Japan will have online access to the search results of a particular patent family in the other IP5 Offices. The full prosecution history (an exchange between the patent office and the applicant regarding the merits and issues relating to the grant or non-grant of a patent) will also be made available to examiners in IP5 Offices. It is believed that this step will facilitate the operations in a particular patent office as it can draw from work already conducted in another patent office. There will however be no obligation on a patent office to follow a decision of another patent office.

The final step will be to allow for automatic filing of national patent applications in the IP5 Offices. This will be an extension of the Patent Cooperation Treaty (PCT). In terms of the PCT, an applicant can file an international patent application with the International Bureau at the World Intellectual Property Organisation (WIPO). The applicant has to file national applications in the countries where protection is sought 30 months (for some countries 31 months) after the international PCT application. Currently some 150 countries are members of the PCT system and allow national applications to be filed in their own countries through the PCT route. Through the Global Dossier it will no longer be necessary to work through a local patent attorney to file a patent application in an IP5 Office. The applicant will be able to automatically file the national phase application in the IP5 Office concerned. The intention is to extend this facility also to other patent offices which elect to participate in the Global Dossier.

The Global Dossier should facilitate the examination of patent applications. It will also allow applicants to file applications with greater ease and at a reduced cost in the countries where protection is sought.

At the World Congress of the International Federation of Intellectual Property Attorneys (FICPI) which is scheduled in Cape Town from 13 to 17 April 2015, developments at the IP5 Offices as well as the Global Dossier will be discussed. The theme of the Congress is “Adapt to Advance”. The focus will firstly be on how users see the IP system adapting to suit their needs. The Congress deliberations will then focus on changes taking place at the IP Offices and eventually how the IP profession should adapt to advance. The president of the European Patent Office, Mr Benoît Battistelli, will address the Congress delegates at a plenary session about the most up to date developments in the IP5 including the Global Dossier. Various deputy heads of IP Offices will also participate in a plenary session to discuss issues of mutual interest and respond to questions posed by the Congress delegates.

An update on the outcome of the discussions about the IP5 and the Global Dossier will be provided in a follow up article after the Congress. 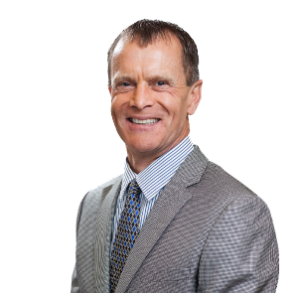