By notice published in the Government Gazette on 10 November 2017, the Minister of Telecommunications and Postal Services has amended the .ZA Alternative Dispute Resolution (“ADR”) Regulations issued in terms of the Electronic Communications and Transactions Act of 2002.

The ADR Regulations is the framework for the process by which owners of trade marks and other rights or other interested persons can object to the registration of .ZA domain name registrations.

The amendments cover various different aspects, with some being aimed at reducing the cost of settling disputes and others providing for additional penalties for both domain name squatters (persons registering domain names that infringe on another’s rights) and reverse domain name hijackers (persons using the ADR Regulations in bad faith in an attempt to deprive a registrant of a domain name).

One of the amendments that will come as a relief to foreigners who wish to lodge or defend domain name complaints concerns the requirement that the complaint or response has to be signed in front of a Commissioner of Oaths (which is an office that is not found in all countries of the world). This regulation has been amended to include a provision that the complaint or response can be signed before any person holding a similar public office to a Commissioner of Oaths (such as a Notary Public) if the document is signed in a foreign country.

One of the ways in which the ADR Regulations have been made stricter on domain name squatters is by the amendment of the regulation providing for a rebuttable presumption of an abusive registration. Where this would previously only come into play where the complainant could prove that the registrant has been found to have made an abusive registration in three or more disputes in the 12 months before the dispute was filed, this term has now been extended to two years.

The amendment also introduced a penalty for reverse domain name hijackers. This entails that, if three complaints from a complainant have been refused on the basis of reverse domain name hijacking, no further complaints will be accepted from that complainant for a period of two years from the date of the last decision unless good cause is shown for a further complaint to be admitted.

In an attempt to reduce the cost of domain name disputes, the amendment introduced a compulsory informal (and confidential) mediation procedure that has to take place once all the documents necessary for the dispute have been submitted, but before the complaint is referred to the adjudicator(s). If the matter is settled during the mediation procedure, no fee is payable for the dispute.

It should be noted that the mediation procedure will not take place if the registrant does not submit a response – in that case the adjudicator will simply decide the case on the basis of the complaint and issue a summary decision, a new concept that is also introduced into the ADR Regulations by the amendment, if certain stipulated requirements are met. If a summary decision is issued, 50% of the fees payable for the adjudication of the dispute will be refunded.

The final amendment that should be noted is that a deadline was added for the filing of an appeal against a decision in a domain name dispute, which has been set at four days after the receipt of the decision.

These amendments should be welcomed, as they strive to simplify the domain name dispute procedure and make it more accessible to complainants without prejudicing the rights of legitimate registrants. 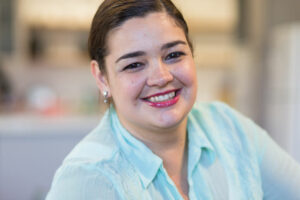