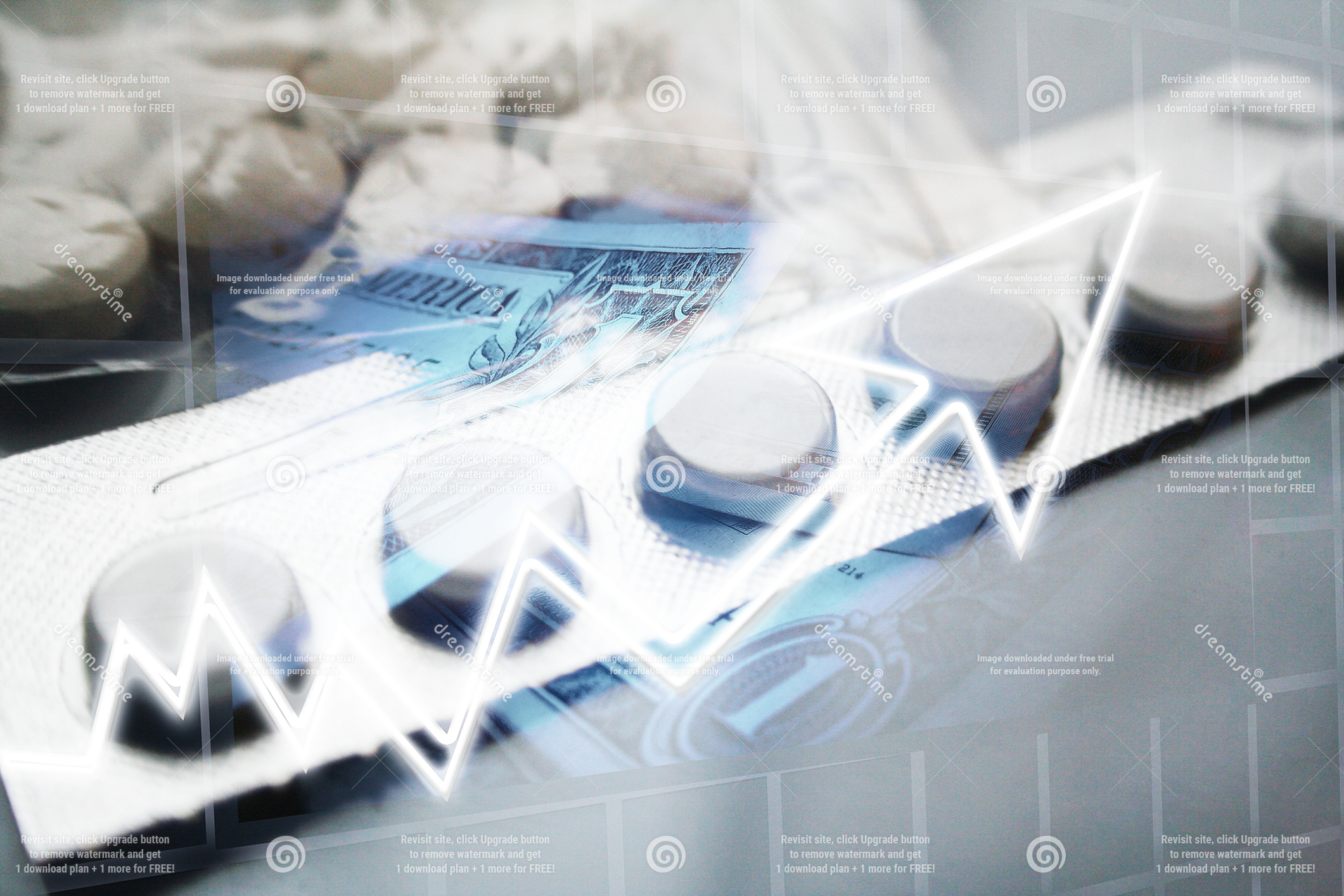 The African Regional Intellectual Property Organisation (ARIPO) is an inter-governmental organization that facilitates cooperation among its 19 member states in intellectual property matters.

Each year an ARIPO Administrative Council meeting is held where representatives of the national IP offices of the various member states meet to discuss various matters concerning ARIPO, including any proposed changes to the applicable protocols that govern the various IP rights, development of new protocols and the like.

Prior to the most recent Administrative Council meeting, which was held in Monrovia, Liberia on 18 to 20 November 2019, a group of approximately 98 organisations wrote an open letter to ARIPO in which the organisations called on the representatives of the member states for ARIPO and the applicable IP protocols to be reformed to help make way for much needed access to affordable medicines in the member states. In particular, the organisations demanded that the Harare Protocol, which governs the registration of patent, utility model and design rights, be aligned with national public health and industrial policy objectives by recognising the need to increase affordable access to medicines in the member states.

The organisations specifically pointed out that numerous African countries had adopted strategies and plans that are aimed at addressing the need for access to affordable medicines in the region by promoting local generic production and that such plans were being hampered by ARIPO’s practice of granting pharmaceutical patents. The organisations further stressed that even though countries such as Uganda, Rwanda and Liberia have adapted their local patent laws to exclude pharmaceutical inventions from patentable subject matter, the granting of regional patents by ARIPO undermined the implementation of such national exemptions. Furthermore, the organisations argued that ARIPO’s “extremely permissive” patent examination rules and practices facilitate “patent evergreening” which, according to the organisations, has resulted in numerous frivolous patents being granted which unduly prevent generic competition. Finally, the organisations argued that the Harare Protocol does not make provision for third party pre- or post-grant opposition procedures, something that is common in other countries and/or regions.

In order to assist in the required reform and discuss the implementation of public health sensitive TRIPS flexibilities in the Harare Protocol, the organisations called upon ARIPO and the representatives of the member states to establish a “Member State TRIPS Flexibilities Working Group” which should incorporate representative of civil society as well as experts from UNDP, WHO, UNCTAD and UNAIDS.

Although the letter certainly raises some valid points, it appears that the organisations may have misunderstood a few things concerning the purpose of ARIPO and how ARIPO fulfils its mandate as a regional IP office.

In the case of patent applications, ARIPO has appointed numerous patent examiners having the necessary technical expertise to substantively examine patent applications. This is something that the majority of African countries lack and patents are therefore granted in those countries without any substantive examination at all. The risk of so called “evergreening” or frivolous patents being granted is therefore substantially higher in the countries that do not substantively examine.

ARIPO examiners take note of any prior examination results or opinions when substantively examining patent applications, including those form the countries listed above, and particularly note those which indicate that the claimed invention lacks patentability. It is therefore highly unlikely that ARIPO examiners would simply grant frivolous patents since this would imply that they ignore other examination reports or opinions. To the contrary, their diligence in examination, amongst others, is probably the reason that only about 41% of all applications filed with ARIPO actually proceed to grant. To thus suggest that so called “evergreening”, as alleged in the letter, actually takes place is to accuse ARIPO of incompetence without any evidence to support this assertion.

In the case of patent applications, once ARIPO has completed its substantive examination, it issues a notice of allowance indicating that ARIPO intends to grant the patent. The notice of allowance is sent to all designated member states and includes a copy of the text intended to be granted. The designated member states then have six months within which to indicate that the patent, once granted, will not have effect in a particular member state. Each country thus has the duty to consider the claimed subject matter and make a decision whether such subject matter is patentable in terms of its national laws. As indicated in the letter, countries such as Uganda, Rwanda and Liberia have adapted their patent laws to exclude pharmaceutical inventions from patentable subject matter. It is therefore the obligation of the national IP offices of these states, if designated, to object to pharmaceutical patents by indicating that such patents will have no effect in that country once granted. It cannot be expected of ARIPO to perform this task. 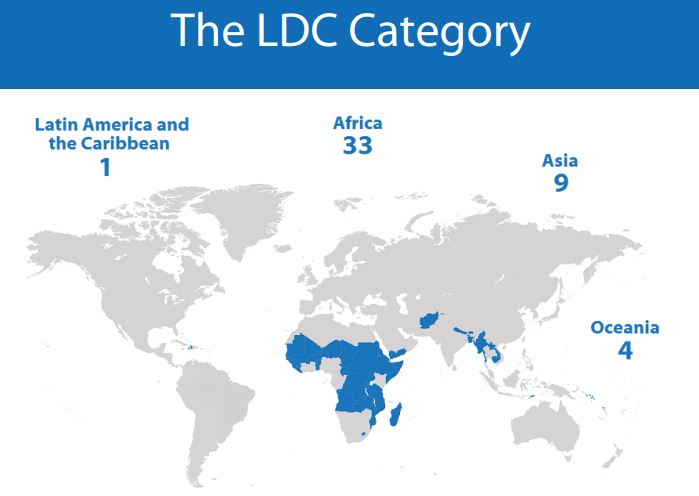 It can of course be argued, as was also done in the open letter, that of the 47 countries on the UN list of Least Developed Countries (“LDC”), 34 countries are in Africa and that 13 of those countries are ARIPO member states and that such countries should be treated differently due to their lack of development and financial resources. This argument is certainly supported and it is exactly for this reason that TRIPS provides for certain flexibilities. Nevertheless, it should also be kept in mind that 6 member states of ARIPO are not included in the LDC list. These countries, namely Botswana, Ghana, Kenya, Namibia, eSwatini (formerly Swaziland) and Zimbabwe, are also amongst the countries that are designated the most in ARIPO patent applications. Since ARIPO functions as a regional filing office for all member states, amending the applicable protocols and practices would impact all the member states, thus also those that are not considered to be least developed. Changes to the protocols and practices could be beneficial to some member states, while at the same time being prejudicial to others, including potential penalties for non-TRIPS compliance for those member states that are not on the LDC list.

Thus, rather than attempting to reform ARIPO, the organisations should encourage their national offices to make changes to their national laws or to act more proactively in making use of the TRIPS flexibilities and, upon receiving notices of allowance of pharmaceutical patents, inform the applicants that such patents will have no effect as a result of the TRIPS flexibilities. It is exactly for this reason that the Harare Protocol specifically makes provision that each designated member state must have the opportunity to object to patent applying in that member state.

It should also be kept in mind that countries are only included on the LDC list temporarily and once sufficiently developed, the country can be removed therefrom. Furthermore, although the WTO has extended the TRIPS flexibilities provision with regard to pharmaceutical patents several times, most recently until 2030, the WTO may, at some point, stop granting these extensions. If the ARIPO protocols and practices are specifically amended to assist the member states to make use of the TRIPS flexibilities, then the protocols and practices will again have to be amended either once a particular country is no longer on the LDC list, or when the WTO stops further extending the deadlines.

It should nevertheless also be pointed out that the issue raised in the open letter regarding the lack of pre- or post-grant opposition proceedings is a valid one and ARIPO, as well as all stakeholders concerned, should consider ways of implementing such procedures. The national laws of the member states all provide for patent revocation or invalidity proceedings. However, the costs for such proceedings can be substantial and the process very time consuming, especially when considering that these would have to take place in each and every designated member state that is of interest. Furthermore, many of the local courts of the member states will have very limited to no patent litigation experience, making such proceedings difficult. ARIPO already employs technical experts for substantive examination proceedings that have extensive experience in patent matters and would therefore be well placed to conduct and/or oversee such opposition proceedings.

Amending laws and practices is never an easy task, especially where such changes have an impact on numerous countries. Although the open letter certainly raises a number of valid points, the organisations should rather focus their energies on their own national IP offices and/or law makers to implement and make use of the flexibilities provided by TRIPS. This would not only be a much simpler process, but would also be the fairer option since it would not have a potentially negative impact on member states that do not have the same problems or issues as the state concerned. The organisations could also always consider alternative options, such as compulsory licenses, for which provision is made in all national laws of the ARIPO member states and thus potentially enable local generic manufacturing.

By Gunther Roland, Patent Attorney and head of our African patent and designs practice