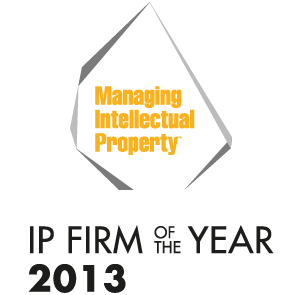 Von Seidels Intellectual Property Attorneys was awarded the accolade of South African IP Firm of the Year for 2013 during a ceremony held at the Dorchester Hotel in London on 17 April 2013.  Von Seidels is a specialist Western Cape based firm with global reach.

The award is managed by leading international intellectual property (IP) magazine, Managing Intellectual Property (MIP).  It is the first time that an IP firm based in the Western Cape has won this award.

Only two firms have had the privilege of holding this title in previous years.

Von Seidels’ specialised trade mark and patent attorneys advise clients on all aspects of IP.  The firm was founded in 2007 and operates from offices in Century City.  The firm also has a satellite office in Somerset West.  The firm’s strong patent team includes electronic, chemical, mechatronic and civil engineers, chemists and a pharmacist.  Bastiaan Koster, managing partner of Von Seidels says “while this award has come as somewhat of a surprise to us, we are very pleased with the recognition of having established ourselves as one of the leading IP firms in South Africa.”  Criteria for winning the award are not only based on size but also on peer reviews, client feedback and recognition of other international IP firms.

Von Seidels has a strong local client base and represents various universities and business entities, mainly from the Western Cape.  The firm has also established itself internationally as a leading IP firm both in South Africa and across the broader continent.  Von Seidels has significant experience in assisting foreign and local clients in successfully obtaining patent, trade mark and design registrations in many African countries.

Koster recognises the firm’s clients, both in South Africa and abroad, for their support and respective contributions in helping the firm progress to this point.  He believes that this award will help the firm in further improving its standing, both locally and internationally, as a leading IP firm in the South African and African contexts.

While there was a temporary drop in patent and trade mark filings internationally after the economic slowdown in 2008, most countries are currently filing the same or more applications when compared to pre-2008 levels.  In addition, there has been a sharp increase in the number of patent and trade mark applications from Asian countries, particularly China, Korea and India.  Koster believes that IP will continue to play an important role in the advance of commerce and will remain an important asset on the balance sheet of an increasing number of businesses. He points out, however, that IP must be managed strategically so that companies have appropriate protection for their brands and innovations. 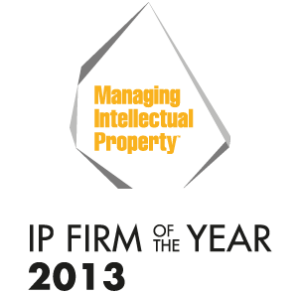