Patent Evergreening in the Pharmaceutical Industry 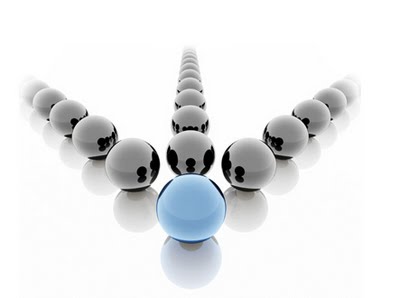 Patent evergreening in the pharmaceutical industry: How inventive are new crystal forms?

Pharmaceutical companies typically invest substantial amounts of money into research and development. Their research, however, is not only aimed at discovering new active pharmaceutical ingredients (APIs). Instead, some companies make small modifications to existing APIs to enhance their effectiveness, manufacturing or processing. These modifications are used to obtain secondary patents which in effect extend the 20 year life of the original patent. In addition, most countries have strict rules pertaining to generic medicines. If the generic medicine does not have the same chemical structure and bioavailability as the original product it cannot be registered and sold. The secondary patents often prevent generic products being registered and the practice of filing these has been termed patent “evergreening”.

India has adopted what appears to be a strict policy against patent evergreening, seen by some as an attempt to support its enormous generic pharmaceutical manufacturing industry. According to section 3(d) of the Indian Patents Act, a new crystalline form can only be patented if its therapeutic efficacy is significantly enhanced over existing crystalline forms.[1] In a high-profile case, a patent for a new crystalline form of the cancer drug Gleevec was denied to Novartis in April 2013.[2] Novartis provided evidence that the new crystalline form has improved flow properties, improved stability and lower hygroscopicity than existing forms. However, the courts there found that these improvements did not satisfy the requirements of section 3 (d) in that there was no evidence of the new crystalline form having a significantly improved therapeutic efficacy. The precedent set by this judgement has been noted with interest in South Africa and other developing nations where healthcare is not accessible to large sections of the population and where patents are seen as entrenching monopolies and unaffordable high prices.

In the United Kingdom, the pharmaceutical company Les Laboratoires Servier attempted to obtain an interim injunction against the generic pharmaceutical company Apotex to prevent it from selling the block-buster drug perindopril. Servier’s original patent for perindopril (Coversyl®) had expired, but in the years preceding expiry, Servier had filed numerous further patents, including a patent for a “new” crystalline form (the “α form”) of perindopril. The UK trial took place in 2007 and it was found that the patent was invalid. Evidence showed that the α form was always produced, including in the process originally patented by Servier (European Patent No. 0,308,341). The Court of Appeal was scathing in its remarks on the patent, finding that:

“it is invalid. And very plainly so. It is the sort of patent which can give the patent system a bad name. …The only solution to this type of undesirable patent is a rapid and efficient method for obtaining its revocation. Then it can be got rid of before it does too much harm to the public interest.”

Servier similarly tried to prevent South African generic companies Cipla Medpro (Pty) Ltd and Ranbaxy (Pty) Ltd from entering the market with perindopril. However, after this matter appears to have later been settled out of court.

In the perindopril cases, extensive evidence was adduced by the generic pharmaceutical companies showing that the α form was not new. This type of evidence is expensive and time-consuming to produce as it requires the input of various experts in the field and may even require further expert research and experimentation to prove the invalidity of a novel crystal form that forms the basis of a secondary patent. This is a major reason preventing more litigation around new crystal forms. What is needed are more specific and clear guidelines and much can possibly be learnt from India in this respect.

By Ilne van der Westhuizen (under the supervision of Rowan Joseph), Von Seidels