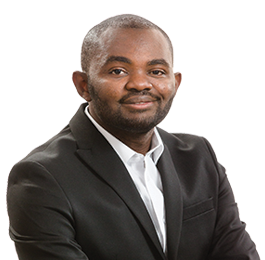 The Harare Protocol on Patent and Industrial Designs empowers the African Regional Intellectual Property Organisation (ARIPO) to grant patents, register utility models and industrial designs and to administer such patents, utility models and industrial designs on behalf of its member states.  The Protocol has since its adoption been amended several times and the amendments have been undertaken to address specific issues affecting the grant, registration and administration of industrial property rights processed by the ARIPO Office.

ARIPO’s working group held its 9th session to discuss improvements of the ARIPO protocols relating to industrial property with a view to making them more user friendly as well as aligning them to relevant international treaties and best practices. Of note is the proposal to amend the Harare Protocol with the introduction of a new section 2quarter relating to third party observations. This section provides that in proceedings before the Office, following the publication of the ARIPO patent or Utility Model application, any third party may, in accordance with the Implementing Regulations, present observations concerning the patentability of the invention to which the application relates.

New Rule 19ter, which has also been introduced, provides that following the publication of the ARIPO patent or Utility Model application, any person may submit observations concerning the patentability of the invention. It further provides that the observations by a third party may be considered if they are made in respect to novelty, inventive step, claim clarity, sufficiency of disclosure, patentability of subject matter and unallowable amendments. The observations must be filed in English although, documentary evidence, in particular publications submitted in support of the arguments, may be filed in any language.

The person filing the observations shall not become a party to the proceedings nor will ARIPO inform the person of any further actions taken apart from an acknowledgment of receipt of the submission. If the observations relate to patentability of the invention, the Examiner must consider them in any proceedings that are pending before the Office. Where observations are filed during the international phase, ARIPO will consider them upon entry into the Regional phase.

Since the Harare Protocol does not provide for pre-grant protest or opposition in patent procedures, this amendment seeks to avail current and updated technical information from persons skilled in the art to the Examination Division. The submission of information relevant to patentability by third parties is a simple, inexpensive, and informal way to publicly question the validity of a patent. Those submissions by third parties may be considered to contribute to a higher quality of ARIPO patents as they assist the patent examiner in the examination of the claimed invention by submitting possibly wider prior art base of the technology concerned.